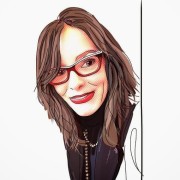 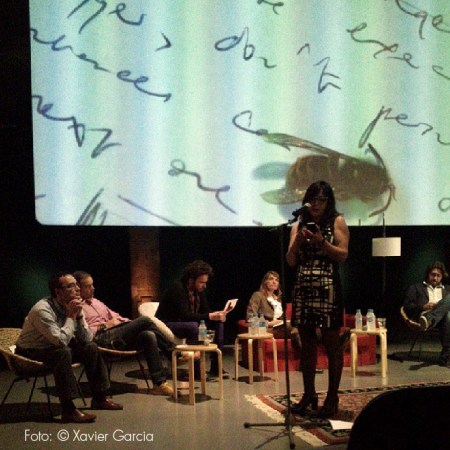 Last November 5, the day we held ART SHIFTING DAY  was a day full of Authenticity!

After almost 4 years of work, effort and perseverance, I was able to live an extraordinary experience: the knowledge that I was listening to a real “dialogue between people” talking about brands, media, internet audience, technology, artisan values​​, emotions, visual communication, of how to create content for TV, to listen actively, of hyper connectivity, selecting content, of feminizing brands, of data and statistics, how to enhance communication not just digitally but more personally, to have a critical eye and escape the obsession for immediacy, of liquid reality and poetry  #artshiftingday

What I experienced in the magical setting of the Cloister room of Arts Santa Mònica (the space that hosted our event and that provided further collaborations) was more than I expected: a meeting filled with the spirit of authenticity and collaboration! A great team of people made ​​this possible: the roundtable speakers, performers, technicians, interactive light, music, time to reflect, audience … The best thing of  all was the exquisite balance between the different dialogues (roundtable dialogues, visual dialogues, music interacting, the play of lights  …)

Even now, several days on, I’m still digesting the result of all the effort and passion present within this proposed change / Shifting. I was not expecting and it overwhelms me! Talent, respect, collaboration, authenticity and love. Sincere love and respect, the same feeling as when you have a baby in your arms, (son / daughter). Mothers know the feeling I’m talking about, and you fathers do, too!

I have a vivid memory of a very special day: Art Shifting Day, dialogues between intelligent people who are the true artists of the twenty-first century, the instigators of Art Shifting. Because … what is ART? It is the ability to create, to meld, to try without fear of error, a desire to be involved in making an improvement for all society, to evolve….

I had the honour of knowing a group of individuals, professional artists, who are already part of this ART Shifting:

Pere Rosales (íncipy), Marc Cortés (Roca Salvatella), Borja Martínez (Lo Siento Studio),  Gemma Cernuda (Peix&co), Marc Teixidor (Revista Esguard), Jordi Pi (TV3/etiquetats) and Ernest Companys (Techno Trends); 7 voices 7 voices,  excellently moderated by Cristina Salvador reporter and Director of aPortada Agency. Only the absence due to a last minute scheduling problem was the voice of  Vicenç Altaió , who hosted our project in his role as Director of Arts Santa Monica. Thank you for trusting in me and in “Shifting”!

I have yet to digest the many emotions arising from the event, but I know that all of us who were there on that afternoon-evening of November 5 in the Cloister of Arts Santa Mònica (a superb place to put forth good content) we are making change possible. The space was filled of change: in debate, art and music. Different dialogues, different voices in perfect balance.

Emitters/Creators who communicate with messages that are very crisp, clear, critical, revisionist, not noisy (so far from what we have now on the Internet). Claiming emotions as sources of creativity, craft and human values​​, to escape the obsession with immediacy of liquid time (Zygmunt Bauman), about  zapping (selection) vs. multitasking (lack of attention), focusing on a single message (programme, movie, game, social networking) in order not to lose the “detail” of the message. About listening. About the gender of brands: brands are male, they come in and demand their quick profit! It would be better if all of us, women and men, feminize them a bit, right? About Homo sapiens and “Homo videns” of our remote-control society. About Re-learning to see and look at. About new forms of collaborative work and networking. The relativity of space and time non-ephemeral, tele-presence that allows us to “fly” in an instant anywhere in the world. About the interactivity with interaction of Enric López and his sounds of Hang, creating brief moments of reflection for each question that Cristina Salvador offered up to open new dialogues.

We talked about cooking, steak and potatoes, immediacy and detail. To know how to smell, to select, to taste, and eat!  Gemma Cernuda (Communication strategist for ART SHIFTING DAY) explains this concept very well in her post: ¿Y qué es comunicar,…la patata o el bistec?   (And what is “to communicate”… potato or steak?)

We talked about communication, of course, as well as Creativity and the power of Internet to enhance the creative capacity of everyone. About Creative, collaborative and communicative power.

About reclaiming humanity in our dialogues. We talked about the future through a subject as human as our children, the digital natives, and how they use new technologies. And how their innate capacity surpasses us, their parents, but we should try to guide their behaviour by giving them the capacity for critical evaluation!

Communication as a tool, the essence as message.

Poetry, as essence, essence as values; values into Communication!

On the other side: the audience. Small, powerful and provocative! The vast majority knew me and knew about my project for years; their complicity was assured, their attention full of respect and love: They are my friends for life! (Xus, Angels, Toni A.) , my sister (Carme), my brother in law (Edu), friends of work and profession (Martí, Montse and Maurici), friends I’ve made in Twitter meetings (Kim, Xavi, David, Ivan), representatives of the brands that have contributed to make the Shifting Day a reality (Pedro, Carmina, Mercè, Ana, Eva, Josep Lluís, Eveli), instagrammers-reporters (Susanna), parents from my son & daughter’s school (Jordi B., Lluis, Juan), Mary Jo and Sara (what a pair of exceptional women!), Sunsi and Santi (H2o), Marta and Noelia (Xavier Garcia), my dear Xavi……….People who have been the foundation of this project from the beginning LLuís Ayguadé (creator of the Festival IMATGE , those lips and heart so feminine and so symbolic, that do not scream, they talk and whisper…), Enric López (artistic director, musician, designer, multi-talented), Gemma Cernuda (the provocative strategist of the team!,) who wrote an excellent post the day after the shifting Art Festival was held! You’re unique: Thank you Gemma!

…
Mònica Urrutia , who has been documenting our meetings by taking photographs using her iPhone and her visual sensitivity. Now she made ​​this Video (right on November 5) with her phone: ultra-short, unedited, fast, fresh and deliciously magical …! Gràcies Mònica!
…
El Sergio Escobar (Virtual Model), a member of our “big team” (he already participated in our first meetings Estrellas Visuales). He was our community manager ( Facebook ,Twitter, LinkedIn groups). He handled the Eventbrite ticketing and does a great job of shooting photos and spreading the word on Twitter from our account@artshiftingday  .Gracias Sergio!
…

There were many more people, unknown faces, but if they were there it is because they believe in the current paradigm shift. The memory of an unforgettable experience remains …

…
Thank you all for coming!
…
Nuria Antolí
The person responsible, for better or worse, for this activity ;D
…
**Light, music, performances and dialogs where mixed in a perfect balance**
…
An now a short break: with “salted baby potatoes with romesco sauce” offered by Bar Belmonte, red wine “7deVi” and champagne “Vinya Sant Manel” given by Celler Florida.
***
PART II (coming soon) >>VISUAL DIALOGS : RallitoX, Keren Shalev, Marco Domenichetti, Dani Rifà (Tremendamente) & Rick Holland.. #artshiftingday, #artshiftingfestival, #visualstars
…
Here is the link to the poem that Rick Holland created for the ART SHIFTING DAY. From Barcelona to London: Thank you Rick!
…
POEM “HUSK HARMOUR, SENSOR LEFT: http://www.artshiftingfestival.com/poema-rick-holland/ web designed by Wassabi Design. Gràcies!
*** Note: Today, 12-11-2013 I had the honour of the review of my english version. Thank you very much: Steven Tolliver (Manfatta)! It seems much more beautiful!